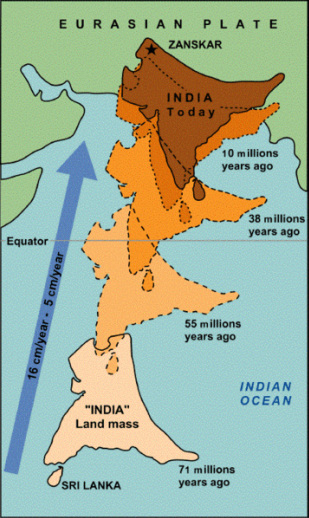 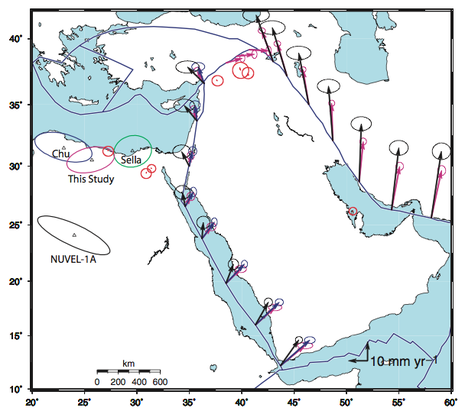 The Arabian plate is currently drifting north and colliding with the Eurasian plate. As shown by the adjacent diagram, the Arabian plate is rotating counter-clockwise, converging with the Eurasian plate at a rate of ~20 mm/yr – 30 mm/yr and rifting from the African plate in the Red Sea at a rate of ~10 mm/yr [4]. Based on this current motion I predict that over the course of the next 10-100 million years, the collision between the Arabian and Eurasian plate will close off and potentially eliminate the Persian Gulf. All the while the simultaneously Red Sea will become wider. 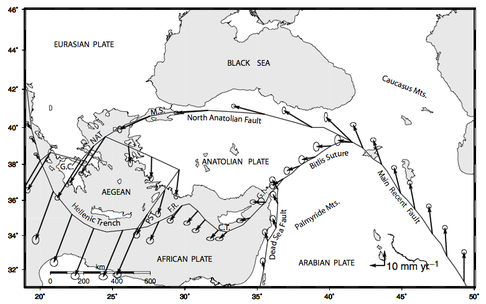